The magic of words 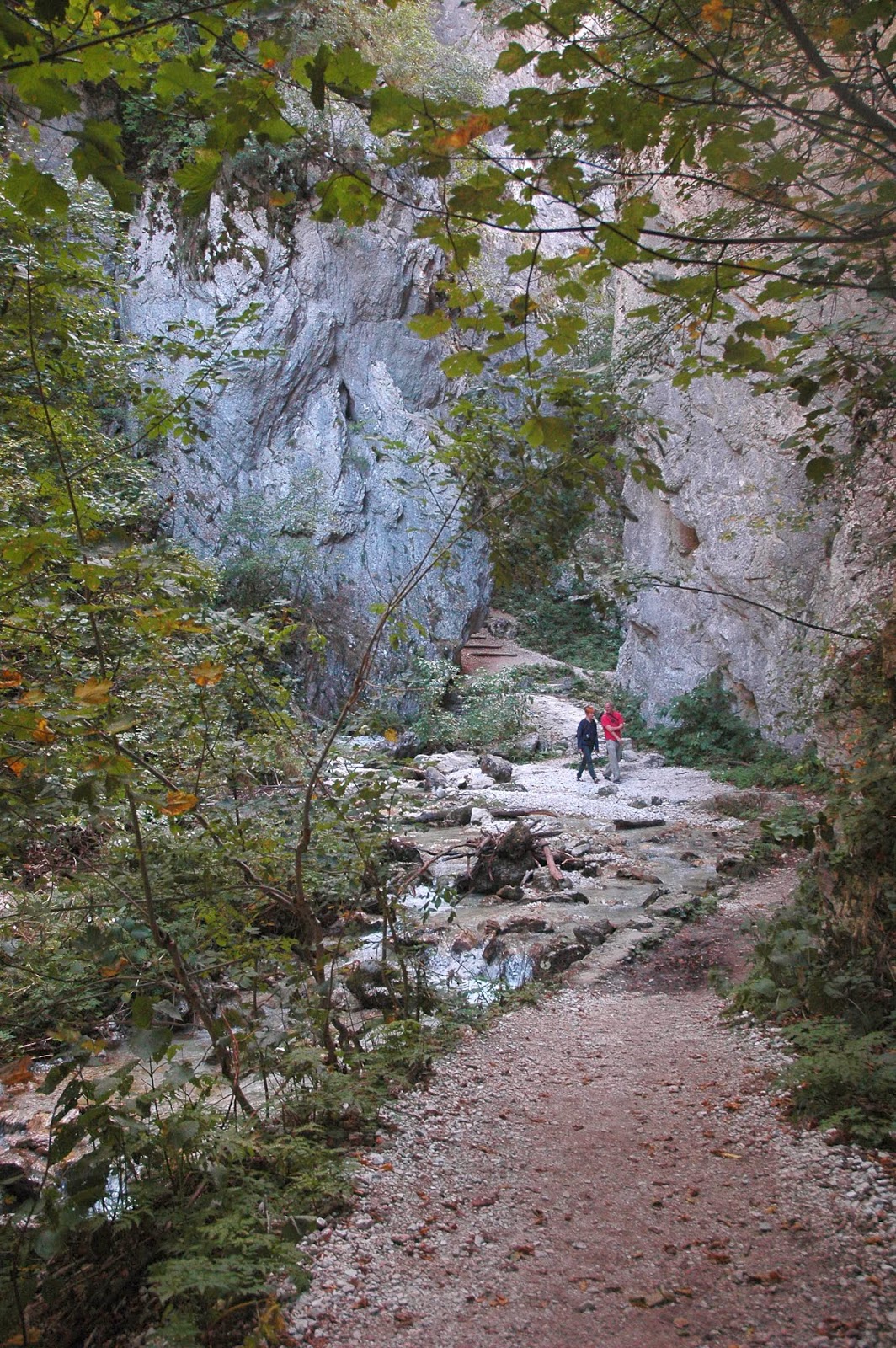 Ages ago, Colin Pink and I initiated our Word and Image workshops. Could have been a hundred years back but it was just five, or six;  my exaggeration a vain attempt to give weight to our accumulated wisdom. We began them at our famous Tiger Eagles retreats which are held in all sorts of exotic places but also France (slight jest here). And an extra famous one in Italia, that's two of us in this photo of the Gola D'infernacio, 'The Throat of Hell', in the Sibillini mountains, a favourite inspiration venue.
As we play in time, words and images collide together and create something manifestly greater than what they ever were or could be by themselves. Haiku, that marvellous liberator; that poetic device which colours like a paintbrush over a freshly prepared canvas of the imagination; the magic of words; that you can work with them as easily as you can with shapes and colours.
And then...Playing with words, exploring the joy of liberating words from their everyday use. And storytelling; expressing ourselves as a language opens up within our minds, where words and then images begin to take on lives of their own, part of and apart from ourselves..
You will amaze yourselves with the way you learn to open up an avalanche of creativity; so much magical stuff hidden inside.
This emotive weekend is also, by its very nature, about laughing, daring ; meeting each other on a different plain and sharing thoughts and ideas.
This is what we did, is what we do.
And in Italy, that anarchic country where nothing makes sense, but where the senses run free, liberated from any constricting rationality.
Come along if you can, if you dare.
In the meantime read on my friends, read on

Posted by Michael Eldridge at 1:50 PM