Hunting the Heart of the Deer


April's weather will be just fine, surely it will, simply because I am flying over to England for the Breathing Space creativity weekend in Norwich and need sunshine because even one day of rain makes me feel depressed. Then I'm zooming over to Turkey for a Photography exhibition I'm sharing with Stephen Bray and Colin Tracy and then double zooming back for Eleanor Darley's retreat at Montefiore at Easter time, which I'm now going to tell you about now.. 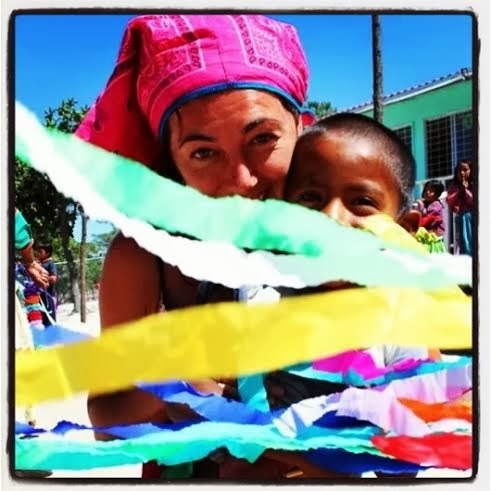 It's called Hunting the Deer and is a powerful quest into nature and your inner world to experience the healing that comes from observation, creativity, the heart and imagination.
This workshop is your chance to hunt down truths in your life and soul - using the artistic process.
Eleanor writes;
'That it is inspired by the Mexican Huichol traditions, at the center of which is the practice of understanding the living archetype of the blue deer (Kayumari) which brings messages to the people from Spirit, a deep connection with the universe, your self, and life force as love. We will explore this philosophy through a revealing creative process, delving into art techniques with colour, charcoal, and other materials to enliven the senses, bring warmth and trust to experience a conscious connection to the images within, and force by which nature herself creates.  Over the few days you will awaken new powers of self observation, and begin your journey of enquiry, to prayer, to vision, to art'
More details

So Easter will be fun..with sun

www.starstone.org
Posted by Michael Eldridge at 11:01 AM No comments:

I used to work for the Open University and we ran summer workshops at the University of East Anglia in the eighties in Norwich. They were part of the Technology, Art and Design course (TAD). My fellow leaders (we couldn't be called teachers because we didn't teach a thing in the conventional meaning of that word) were musicians, performance artists, puppeteers, inventors, Tai Chi trainers, photographers (me); a circus of talented people who would always turn up first day with scarcely an idea between them. Instead we invented a programmes as we went along, working democratically alongside our students who are best described as fellow anarchists, if truth be told. Tadpoles they called themselves. Now, these workshops, which were awash with money (ask for it, you got it) were a necessary component of the three year course, fail it and you had to repeat it the following year. Problem was that these Tadpoles would deliberately fail so they could come back again as is was all such fun. This meant that numbers burgeoned and the these workshops got bigger and fantastically out of control. I loved them. Sadly they closed them down. This makes me smile now. They were parodied in one of the Comic Strip series where the Tadpoles ended up burning a tutor on a funeral pyre on the campus grounds.
Those eighties! 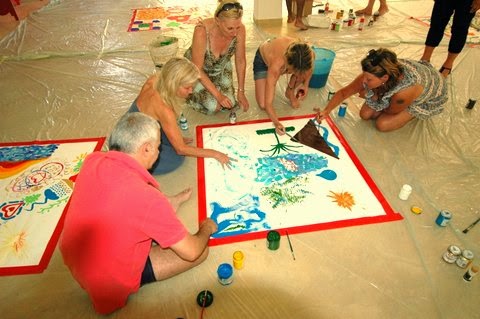 a starstone creativity retreat in Italy

So back I am to Norwich in April to run a retreat at Breathing Space for Women. And this makes me think how life has changed. Yes, well of course it has you will tell me, but what I am really referring to is is fun. It was all such fun. Fun? A waste of time then you will say. But no! What folks learned was to create together, play together, to unleash torrents of energy and to uncover mysteries within themselves and to discover talents which they never believed they ever had. I suppose I could say that they were given permission to be children again but that isn't it exactly. Playfulness, risk taking, mess making and sharing joyful moments are not just childhood things. All these wonderful ingredients still reside in adults and it is my job to restore them to their rightful place in folks' lives. This is what my experiences and my teaching has taught me. This is what I do.
Can't guarantee we'll get as far as the pyre burning exercise but I'll do my best.
The weekend is for women only by the way.
Except for me.
Sorry boys!

www.starstone.org
Posted by Michael Eldridge at 6:31 AM No comments:

Zen & the Art of Photography

Don't know if you know this but our School of Photography at the then Bournemouth College of Art (now Arts University of Bournemouth) was referred to as the Zen School of Photography, not by us but by our educational rivals; jealous they were, of they knew not what. And you can read something about these times in Stephen Bray's new book 'Zen and Photography' which will be published soon and which I am writing a preface for (I think)
So here is some information about the perfect Zen Photographic Retreat for you this summer at Starstone lead by... 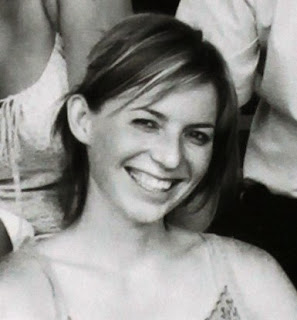 
Zen & The Art of Photography

Bringing our full attention to anything is mindfulness. This kind of attention has no particular goal in mind and enables a sense of ease, playfulness and an openness to what is here and now.
How does it connect to Photography?

When we bring this approach to photography it leads us into a deeper connection with ourselves and the world around us – our subject.
Using mindfulness meditation and photography exercises you will learn how to approach and come into relation to your subject and how to make the best use of your camera and available light.
This workshop is open to all level of photographic experience and all kinds of cameras.

specific dates soon on our programme

Posted by Michael Eldridge at 4:38 AM No comments: