A feeling for water 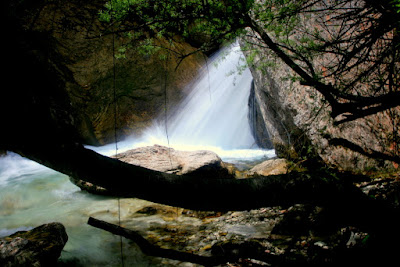 Sivert and the effect of water
Sivert, walking one evening by the river, stops on a sudden; there on the water are a pair of ducks,male and female. They have sighted him; they are aware of man, and afraid; one of them says something, utters a little sound, a melody in three tones, and the other answers with the same. Then they rise, whirl off like two little wheels a stone's throw up the river, and settle again. Then, as before, one speaks and the other answers; the same speech as at first, but mark a new delight: it is set in two octaves higher! Sivert stands looking at the birds,looking past them, far into a dream. A sound has floated through him, a sweetness of something wild and splendid, something he had known before, and forgotten again. He walks home in silence, says no word of it, makes no boast of it, t'was not for wordly speech. And it was but young Sivert from Sellanraa, went out one evening, young and ordinary as he was, and met with this.

On reading this, as I am at this moment it time, in a book by Knut Hamsun 'Growth of the soil' it struck me how it links with some experiences in my past and present life.

Driving through the low Sierras in California with a friend some years back, I'd left him to sulk by a river, a mountain stream in a wooded glade, and walked off to take some photographs. I returned to find him in a state of between shock and wonder. Oddly, I thought at the time, he did not wish to talk about what he would only say was a visitation of some sort. So I let it go.

Years earlier I'd witnessed a similar occurrence whilst visiting with my sister, a once sacred Celtic grove in mid Wales. It was a sort of cul de sac valley with a waterfall at its head. She was having trouble walking and I'd left her by a babbling brook to walk as far as the waterfall. On returning, I found her in a similar state as I had found my friend. Not wishing to talk to me but just that the brook had spoken to her in some fashion. Also on the way back to her house she'd asked me not to talk to her until that evening when she had poured through a dictionary of old Celtic, after which she told me that she had received a blessing, that was all.

So you gather from the above that I am drawn to water and old sacred places. And to jump to the present, this summer, in two of my workshops in The Sibillini mountains in Italy, I took participants to rivers and waterfalls associated with the old nature religions; to paint and photograph and to write poetry. Stranger things indeed, creative things, which manifested themselves in quite astounding work and the experience of which has had a profound effect on the folks involved.
Nowadays, we call these experiences mindfulness and re-wilding the self, but I have noticed that these experiences cannot be sought after and I never, ever put these notions into people's minds beforehand; this I must emphasise. They simply just happen when we are in that state of receptiveness which is most powerful when we are absorbed in the rhythms of nature. They come to us.

Let me leave you with a quote by Oliver Sacks

'The primeval, the sublime, are much better words here — for they indicate realms remote from the moral or the human, realms which force us to gaze into immense vistas of space and time, where the beginnings and originations of all things lie hidden. Now, as I wandered in the cycad forest on Rota, it seemed as if my senses were actually enlarging, as if a new sense, a time sense, was opening within me, something which might allow me to appreciate millennia or eons as directly as I had experienced seconds or minutes.'

You can follow Michael's Blogs here
And click here for workshops coming up in painting, photography, ceramics, poetry and more

Posted by Michael Eldridge at 3:59 AM No comments:

My Garden of Now 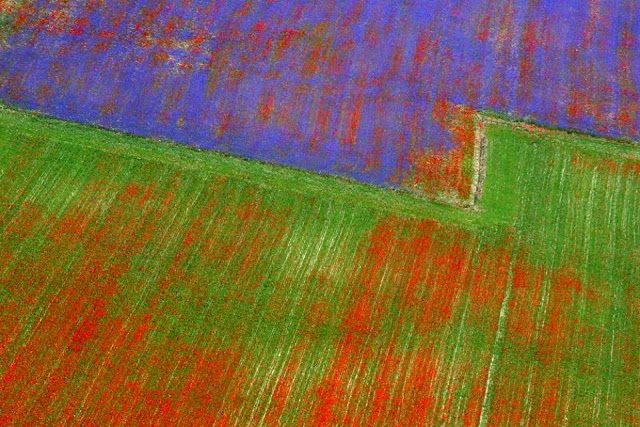 'Must not the mind have the capacity to fathom -not to imitate, not to be shaped, and to be without fear? Should not such a mind be alone and therefore creative? That creativeness is not yours or mine, it is anonymous'. - Krishnamurti, '


I have called it that, in various ways, for as long as I can remember.

It was where, as a boy, I would become absorbed in the natural world and in making things and with drawing and creating images.

And I have been lucky, throughout my adult life, to not lose this wonder, although of course it has often been threatened.

And this is what I always aim to share with others in my workshops, as do all the other tutors. A precious place where time dissolves and where we can return safely whenever we choose.

This early Autumn, we are trying a few new adventures; a few new faces too, simply to keep on the move and not get stuck in routine and repetition. Neither in our art, nor in life itself.

And also in Sicily, and include a variety of creative activities.

Here are some which might interest you for this Autumn

Michael
Posted by Michael Eldridge at 1:28 AM 2 comments: