Solstice and a parallel universe 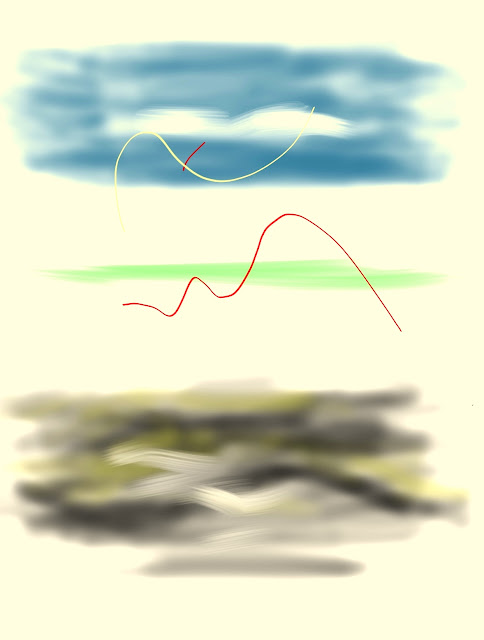 This day finds me doing the oddest things.
Like sticking bamboo cane in the garden and painting lines with indelible markers on corners of the house. I've always done it in places I've lived in; often I've constructed mini stonehenges to greet the first glimpse of sun on a solstice morning, and doing a sort of Celtic ritual in my mind.
Fact is, this day is more exciting to me than any other for me, one which has me marvelling at the fact that we (i.e. our planet) are hurtling through space at one and a half million miles a day around our star and spinning around like a top at a thousand miles an hour.
I mean, doesn't this just rock your socks?
Then when the summer solstice arrives, I make sure the sun's shadow aligns with my markers. So far it always has and this makes me feel secure, safe in the knowledge that we are not wobbling away towards a black hole or even worse being consumed by an encroaching parallel universe.
It could happen.
Also I am excited by the growing light, as I know are my trees and shrubs and animals and I've made plans to visit Monte Vettore next week to pay homage to this ancient land of fairies and necromancers. Legend has it that at the summer solstice, young men climb up to the sister mountain top of Mount Sibilla to be seduced by beautiful young girls. Only to find later that these fair maidens have goat's legs. And that they (probably within a week) give birth to yet another host of goat legged maidens. Might have got that a bit wrong, but it's true that to be up there on a mid summer's night is an eerie experience, compounded by the fact that you might just be annihilated by a meteorite, yes a meteorite, as these Sibillini mountain tops are littered with little ones if you search keenly enough.
(I've just nipped out to photograph one of my solstice line ups (see pic) Note line of shadow along pencil mark (10 am) and fake meteorite) 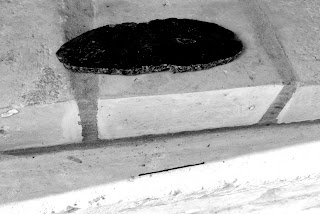 Monte Vettore is where we hold our workshops during Spring and Autumn at an agriturism centre by the name of Cittadella. (not on the subject of necromancy I hasten to add). But rather where we absorb ourselves into the realm of creativity; painting, poetry, photography and even ceramics.


Here,it is quite easy to enter the beauty of this parallel universe of our imaginations, up in the mountains of La Sibilla, where the so called normal world just slides away, as does all the stress and worry it throws at us.

Michael
Posted by Michael Eldridge at 6:15 AM No comments: 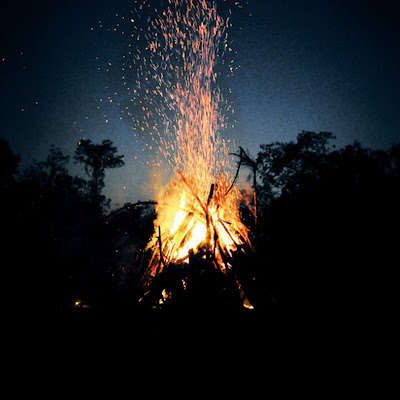 
Cittadella is the centre where Natasha Lythgoe  and I are holding our Wild Photography workshop next May to explore this land up in the clouds.

It is a rather magical place and attracts folk who wish to absorb themselves in a world whose nature, history and culture remind them of things seemingly lost in our hurried existence.

Up in the Sibillini mountains there is an incredible feeling of freedom. Within the national park, rangers are carrying out a programme of re-wilding, re-introducing species such as the wolf, bear etc and attempting to rebalance what humans have disturbed over the centuries

Photography is our medium this weekend but the workshop could equally be labelled re-wilding the self, because we too are out of balance as a species and need to respect Nature; to re-wild ourselves

When I taught photography at the (now) Arts University Bournemouth, it was a time when analogue was dying on its feet and when digital photography was not yet proven. It was at this cusp in time that it became obvious to me that the only useful subject to address, was creativity itself; to be curious and aware of life in all its many facets and that a camera was just a machine, a commodity which was just a vehicle through which the creative imagination might find a home.

In the years between then and now, the evolution of the camera, the ease by which images can be shared with anyone on the planet at any time of day, seeing young infants taking photographs, (and even cancelling out images they don't like for goodness sake), All this makes me realise that I was right at that time; that the essence of a fulfilled life is indeed to re-awaken creativity in our lives, whatever the medium with which we choose to express ourselves.

Our weekend at the end of May next year is about these very matters.

Our home is a beautiful centre in an astoundingly magnificent part of Italy. (Read Guardian article about Cittadella)

It's an opportunity to work and share with others our passion for image making. (you may bring any kind of photographic image making machine)

To eat, laugh, play, work together in this little paradise in the mountains of La Sibilla.

For programme of 2018 Spring workshops at Cittadella, click here


Posted by Michael Eldridge at 6:42 AM No comments: